The wee Louise Bourgeois exhibition at the Maison de Balzac was the antithesis of Baccarat’s glitz and glamour. Set in Balzac’s rickety home on a hill, the work mostly encompassed folksy needlework and literary displays that go in tandem with Balzac’s novel Eugénie Grandet. 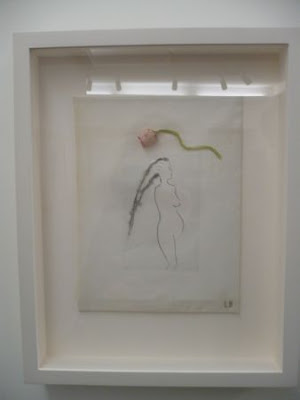 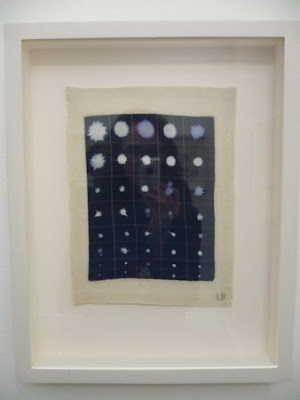 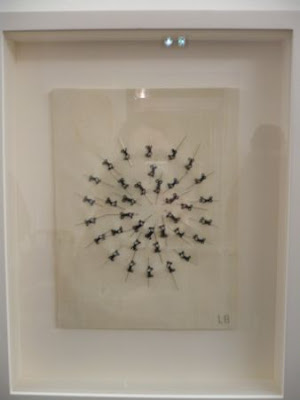 Indeed, before her death earlier this year Bourgeois herself suggested to the Maison that she create an exhibition of works based on the novel as Bourgeois, who had an abusive father, deeply identified with the novel’s main character as the “prototype of a woman unable to fulfill herself… the prisoner of her father, who needed a maid.” 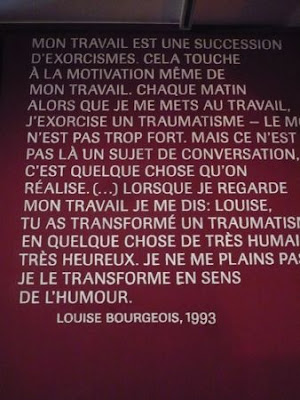 She was a remarkable woman and an amazing artist. Ever since seeing her giant spider sculptures in Rockefeller Center over a decade ago, I’ve been a fan. While this exhibition did nothing to move or enchant me (sorry) as the retrospective at the ICA in ’07 did, I’m still glad I got to see her feisty spirit alive in Paris.
Posted by Amy Thomas at 6:32 AM

Email ThisBlogThis!Share to TwitterShare to FacebookShare to Pinterest
Labels: Art