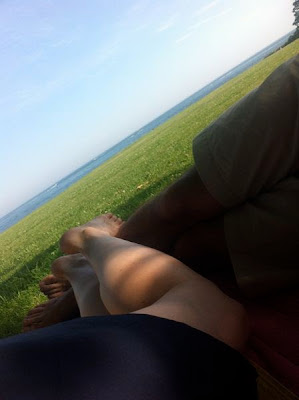 Summer vacation. Time to head to the beach. Do some grilling. Nap in the shade. Eat some ice cream. Read. Swim. Play with my niece and nephew. Watch my cousin get married. Do a little mid-year reboot.

I hope your summer so far is filled with all your favorite things.

I've been crap at posting regularly, but I've been keeping up my Vegan Mondays rather well. In fact, a couple weeks ago, I had a Vegan Monday-Tuesday-Wednesday. It's gotten relatively easy as I now work near The Butcher's Daughter and other super veg-friendly, if not total vegetarian or vegan, spots. And while I still don't think I can ever forgo seafood or bird, I am trying to eat less of it. Trying to make a habit of always going for the greens and grains.

Of course this pious eating is offset by many slabs of cheese and pints of ice cream. I haven't found any flavors that make my heart sing the way I did last summer, but I did recently try Ben & Jerry's Greek yogurt banana peanut butter flavor (4 out of 5) and limited-edition NYC cannolli flavor, made with my beloved mascarpone (only 3 out of 5).

Afternoon
Kale salad and roasted sweet potatoes and beets (as much as I love The Butcher's Daughter, I love The Smile To Go, and appreciate being able to get a lunch under $10. Prices in this city are just getting ridiculous)
Ginger candies (those gooey little things you sometimes get at a Chinese or Thia restaurant. Our current office is essentially in Chinatown so, for better or worse, nearby snacks are limited)
Banana

Hope you're all having a super week and enjoying the height of summer!
Posted by Amy Thomas at 11:33 PM 1 comment:

The week that flew by

What happened to this past week??

I'm working beaucoup, looking for contractors to renovate the new apartment, and getting ready to flee to the Cape next week for a one-week family vacation. Weeeee!


It's hot in the city. People were protesting the Zimmerman verdict in Union Square today. I'm wondering who's going to emerge as the obvious choice for our next mayor.

I started rewatching Sex and the City and, let me tell you, that show just doesn't get old. Nothing makes me happier than sitting down with a pint of Ben & Jerry's and laughing my head off.

I haven't been to many new restaurants or any new movies or exhibitions as of late. It's just one of these phases where the days are slipping one into another.

But little things like this just have to be shared.

Merci, Connie, for forwarding the link!
Posted by Amy Thomas at 5:07 PM 3 comments:

Email ThisBlogThis!Share to TwitterShare to FacebookShare to Pinterest
Labels: Entertainment, Just Because

I have a thing for Galignani. It's where I used to go to feel both inspired by French chicness and grounded by the English language. It's where I stumbled upon and stuttered hello to the one-and-only Bill Cunningham. It's where I bought birthday gifts and summer reads and finally said a teary farewell before departing for home in New York.

So imagine the grin that lit up my face when Grace of Will She Love Paris?, who understands the power of dreaming, sent me these photos. 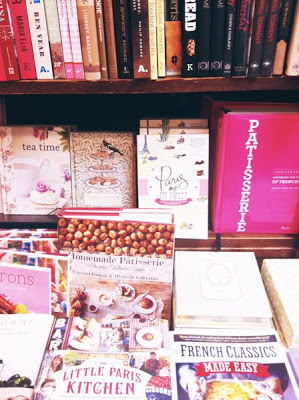 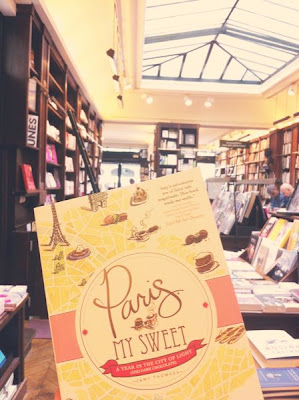 Ta-da!!!! Paris, My Sweet has had some nice success. But this, being sighted in Galignani, is what dreams are made of!
Posted by Amy Thomas at 10:39 PM 5 comments:

But wait, there’s more. Another New Guard blogger worth meeting! In fact, Edna of Expat Edna really knows the ins and outs of living abroad. The “serial expat” is a globetrotting, sports loving change agent who makes me exhausted just thinking about her pace and adventures. While her job and wanderlust often take her outside Paris, when she’s there, she’s firmly entrenched on the Right Bank, eating up the restaurant scene, picnicking along the Seine, and smiling her way through the amazing opportunities and unexpected delights that come with living in the City of Light. Meet Expat Edna! 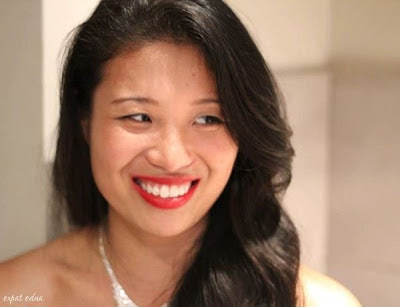 How long have you been in Paris?
A year and a half 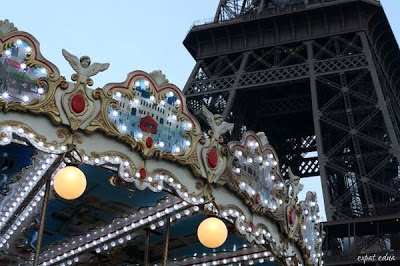 What brought you there?
I wanted to learn French for my career; because I learn best through immersion, I was looking for jobs in Francophone countries. By pure chance the job offer I received happened to be in Paris.

What do you do for a living?
I work in international sports media. I covered swimming and athletics at the London Olympics, spent a month in Azerbaijan for a FIFA U-17 World Cup—that sort of thing. I also edit a quarterly sports magazine. I keep Paris as my home base and tutor a French student here between sports gigs.

Your favorite thing about living in Paris:
My friends, the food, and picnics combining the two. Living near Trocadero is pretty handy too. 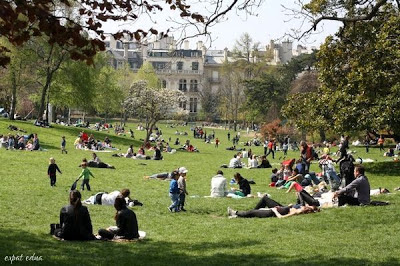 The coolest thing about being an expat:
This is my fifth year as an expat (I spent three years in Asia before moving to Paris) and without a doubt the coolest part is the adventures. I get to experience the craziest things as part of my daily life: breakfast at the Pompidou, lunch at the World Bank, meeting the Irish president at the embassy in Paris, stumbling across Nicolas Sarkozy speaking in my neighborhood. Most importantly, I never would have met my fiancé or reached my dream career if I hadn't moved abroad after graduation.

Your “secret” about Paris:
Go to the Louvre right when they open in the morning. Before 10 am, it's like you're the only person in the building and it feels slightly surreal.

Your favorite thing to blog about:
Food, surprisingly. My original intention was to write about life in Paris and my travels, hoping to inspire others in their early 20s to move abroad—but no, half the time I'm writing about what I ate. 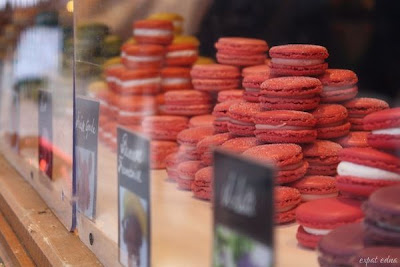 Café Flore or Deux Magots:
Haven't been to either; I prefer Au Petit Fer à Cheval in the Marais.

WH Smith or Galignani:
Can I say Shakespeare and Co?

Colette or Merci:
Merci, partly because they're the same people behind Grazie.

Café terrace or canal-side picnic:
Always a picnic, though I prefer the Seine over the Canal.

Camembert or Comté:
Comté
Posted by Amy Thomas at 7:44 AM 4 comments: