My new goal is a simple Monday roundup. Once a week. A recounting of the highs and lows. A sharing of key moments and observations. It’s doable. I will try (except next week. I will be on vacation – hurrah!). I hope you will come along with me.

So. It was another beautiful week. I think this summer goes down as one of the most perfect on record. It’s a bit steamy at the moment, but for the most part, it’s just been sunny, in the 80s, always with a refreshing breeze. You can’t ask for more.

My good friend, chere Sarah was in town from Paris and we had dinner at the delicious Andrew Carmellini restaurant, Little Park. I had a few minutes at the bar by myself before she arrived, which felt awfully indulgent, and then the conversation with and the sight of her brought back a flood of Parisian memories. God, those were great years and experiences. I seriously think about that time, those two years, and it was such a gift. I see so much of it with such clarity. My memories are so acute. It’s hard to believe it was me and my life, so changed are things now and yet how vivid and special those times were.

Now it’s all about the peanut. It still makes me anxious and emotional sometimes, how much I love her. But I do. I just love her.

It was very much a Brooklyn weekend. Andrew and I tried to go to the Jazz Age Lawn Party, just to see everyone so nattily dressed, but the line for the ferry out to Governors Island was crazy-long. We would have been standing under the beating sun for probably an hour so we high-tailed it back to Brooklyn. A little stroll through Brooklyn Heights, lunch at River Deli, another stroll to Gowanus, a drink in the backyard of Lavender Lake with Bennie, and then home. It was great to be out, walking and enjoying the summer. 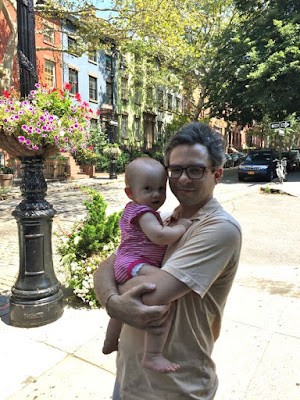 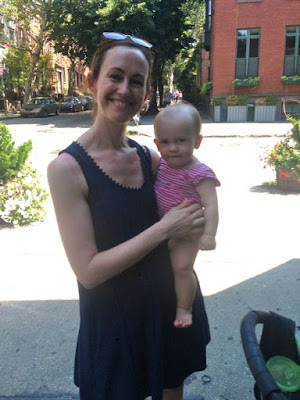 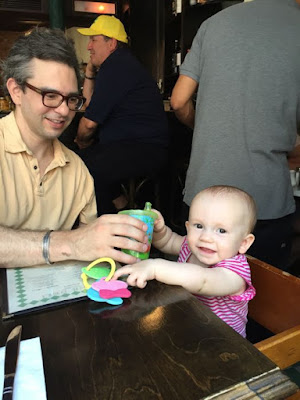 That was the idea on Sunday as well. I met my girl Mel in the park and it was a glorious day, in the shade of a tree. Suddenly, as we were packing up to leave, it started raining. We ducked under a tree, expecting it to be the fleeting summer sprinkle, over in five minutes. But what ensued was the craziest, fastest storm. It came out of nowhere, bringing flash floods, sideways winds and panic. 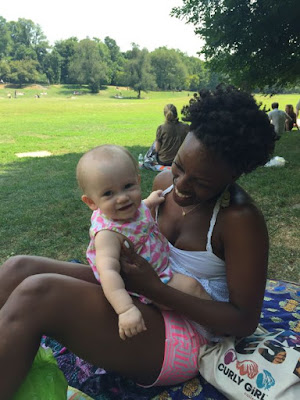 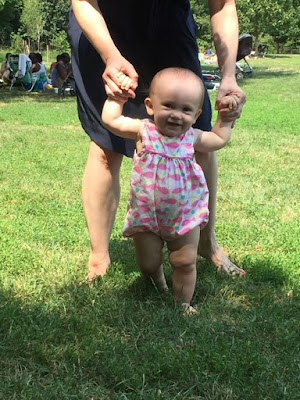 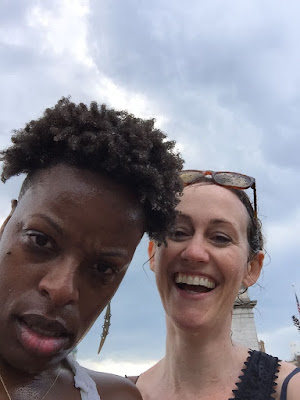 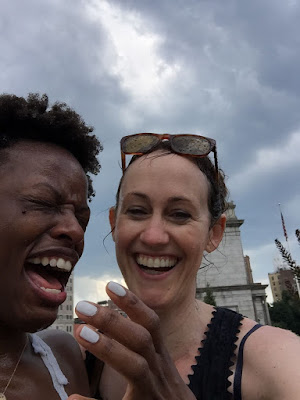 But in the end, it made for another unforgettable memory.
Posted by Amy Thomas at 8:59 PM 44 comments: 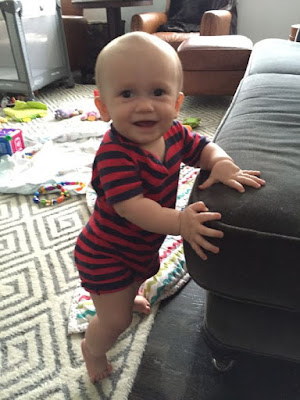 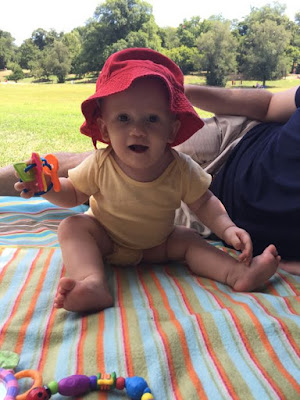 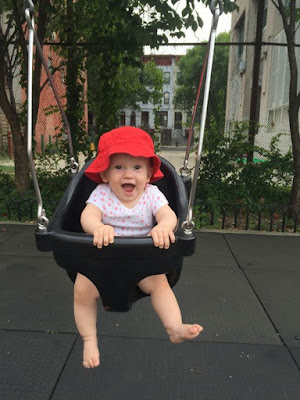 I know the few times I post these days, I spend my precious minutes and word count lamenting that I don’t have time to write, which is idiotic. And yet impossible to avoid. (This article on The Cut—which has been producing amazing coverage of relationships, feminism and motherhood this past year—better articulates my battle with the clock, with quite a positive spin).

But this is why I don’t have time: 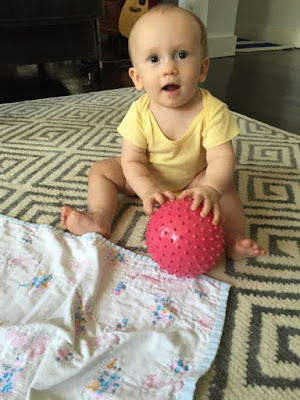 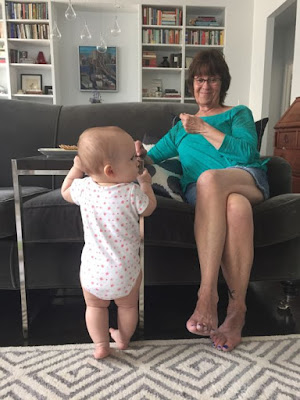 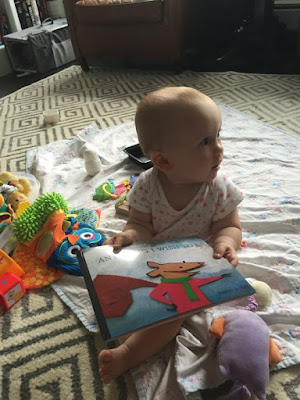 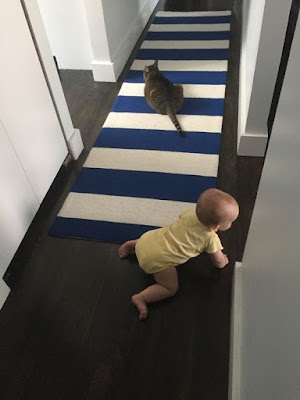 Because Parker is all-consuming, absolutely entertaining, and even though I miss the threads of my former identity—reading, writing, working out, going out, movies—I'm absorbing and relishing every second of it. Even if some days I'm bone tired, I know this is all fleeting. And precious. And fun in its own insular way. Besides, how do you say no to the cutest peanut on earth? 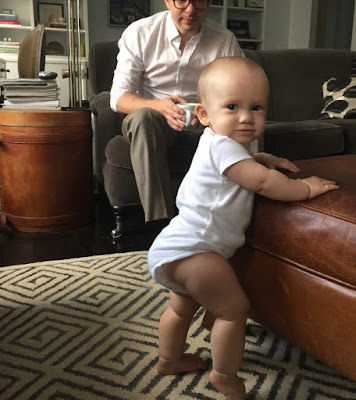 Summer, where art thou going?

August already? How did that happen? How did I start writing this post two days ago and couldn’t even manage to finish that? It’s like I’m on supercharge, yet moving through molasses.

Life. I’ve been working plenty at the office. I even wrote apost for this fine company.

Parker had her nine-month well visit (well, almost a month ago now). The little pipsqueak is in the 70th percentile for weight. She’s over 20 pounds and every bit as delicious. Her hair and teeth are slowly coming in, and she’s crawling and cruising all over the place. In my humble opinion, she’s cuter than ever. 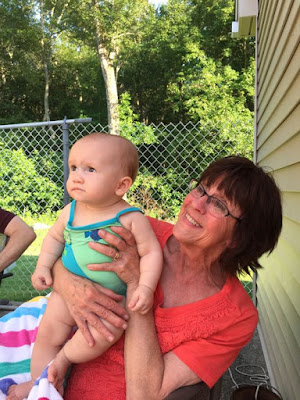 Though I have yet to have a summer lobster roll, nor have I made my annual pilgrimage to DQ, we spent a great weekend in Connecticut with family and trained outside the city to spend a day with dear friends. This past weekend, we journeyed to Denver to visit other friends, which was decadent and fun. P traveled like a champ. 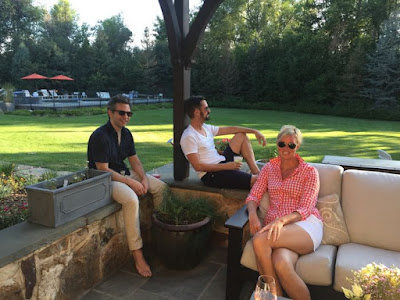 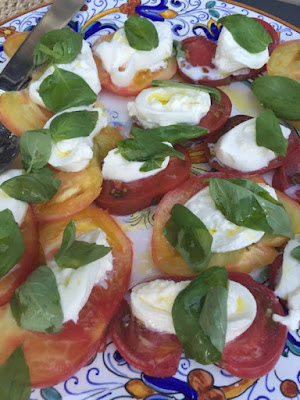 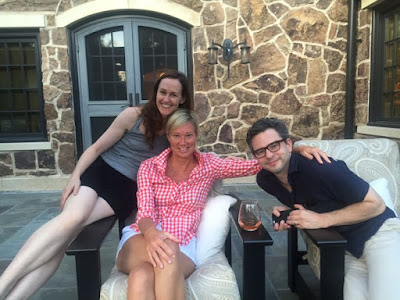 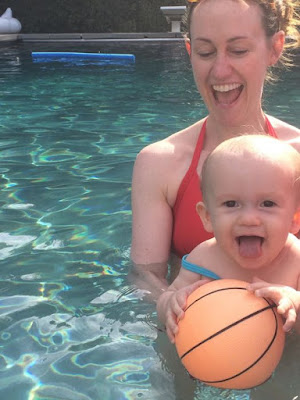 In between it all, Andrew and I are watching Louie. Cruising through magazines. I’m reading (albeit at the slowest pace imaginable) a Rebecca Solnit book, which is so massively interesting and impressive. I’m also trying to carve out time to finish my own book proposal. Maybe it can happen by summer’s end. Oh summer, where art thou going??
Posted by Amy Thomas at 7:10 AM 34 comments: