I’m still figuring out my commute. If I wear haute talons, if the weather is crappy, or now that I have French lessons starting at 8:30 two days a week, I’ll have to rely on the Metro or bus some mornings. But, as in New York, I prefer walking.

Unlike New York, there is no grid. I can’t march in a straight line, turn, march in a straight line, turn, and eventually make my way via a wonderfully logical, geometric path. So to avoid winding up north in the 9eme when I want to go southwest to the 8eme, I can simply follow the landmarks. And it just so happens that some of Paris’ most cherished landmarks are my guideposts.

I make my way down to the Louvre. (which, despite having spent a college semester and taken three holidays here, I still haven’t been to). 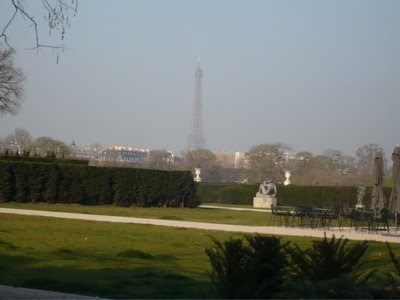 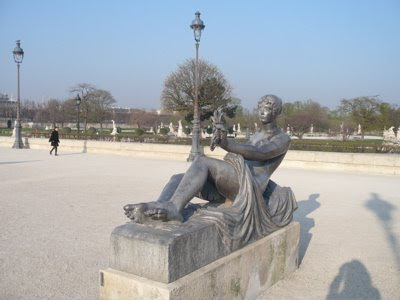 Then it’s on through the Tuileries Gardens and the Place de la Concorde. 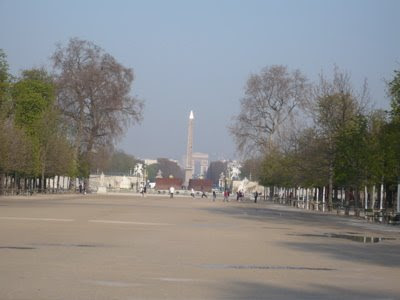 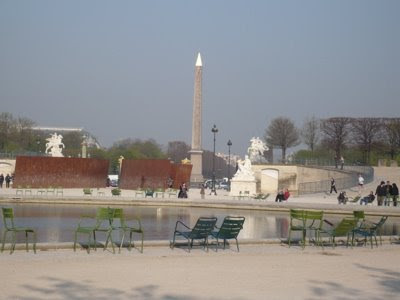 Past the Grand Palais. 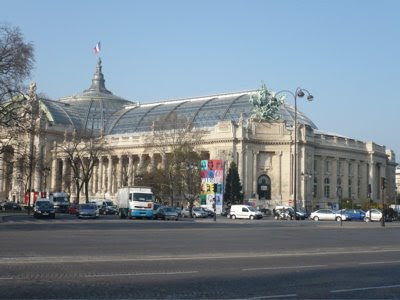 Past the Louis Vuitton flagship. 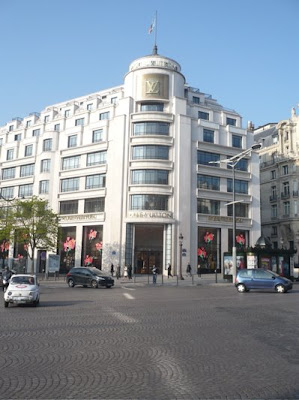 And here’s the last thing I see before going into work. 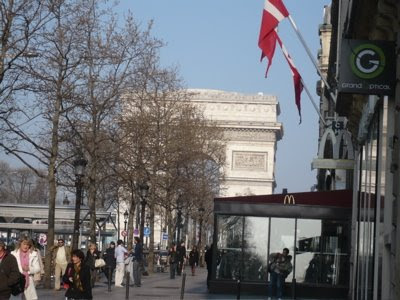