It’s sort of like high school prom. There it is on the horizon. You know it’s coming, though, because you gotta play it cool, you pretend otherwise. While you refuse to outwardly acknowledge it, you’re secretly hoping for a plethora of invitations—that you’re so irresistible that everyone wants to go with you, and only you, though you’re also scared crazy that no one wants to go with you and you will be left home with mom and the dog and dashed hopes that haunt you for the rest of life.

But someone asks you (you are irresistible!), and the hype starts spilling over into the public arena so that finally you can admit—in a cool, understated way, of course—that you’re just a little bit excited. Meanwhile, you’re taking pains to ensure you have the coolest dress (cooler than everyone else!), the dreamiest guy (hel-lo, Duckie! Or Blane?!) and that you’re going to have the best. Time. Ever.

All that is to say, if you’ve ever dreamed about going to Fashion Week, once you go, you realize it’s pretty bogus. Just like Hollywood or professional sports or rock stars, it really belongs to the elite.

Every season, I score maybe one or two invitations and I get super excited and maybe even a little smug that, oui oui, I am fabulous! I am going to Fashion Week!

And then the insecurity sets in. Merde, what am I going to wear? My Maje blouses and cashmere cardigans that work for the office, hardly scream fashion. And no matter the care I put into my shoe and bag selection and my hair and makeup, I still end up feeling so ordinary.

But that’s okay. Because 97% of the other attendees are exactly the same. They wait around outside, trying to look cool and blasé while scoping the scene to see if they can tell their friends later on that they saw Carine Roitfeld! Lily Allen! Tavi! at the show. While doing so, you are reminded: when in doubt, just wear black. 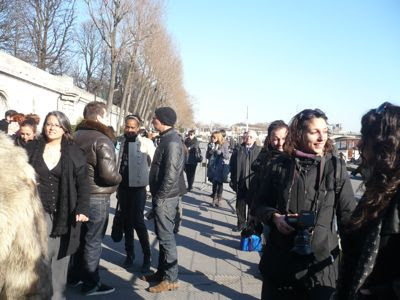 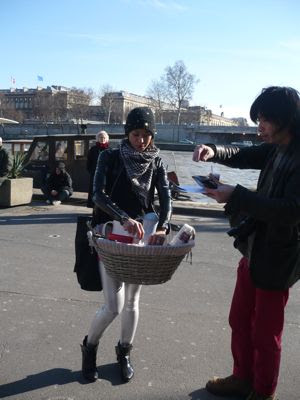 Inside, it’s much the same. Lots of lookie-loos. Lots of posturing. Not a whole lot of true fabulousness.

But it’s still fun. I really enjoy the six or seven minutes of the actual show (why I can’t take a good picture to save my life, I do not know. But these images of the ghosted models are my contribution to the cool factor…) 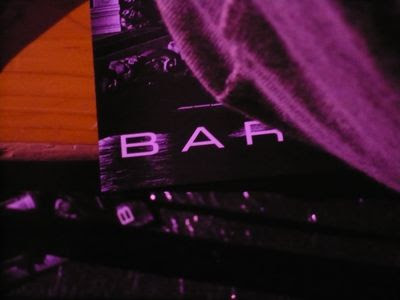 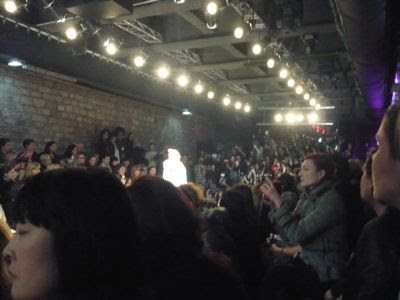 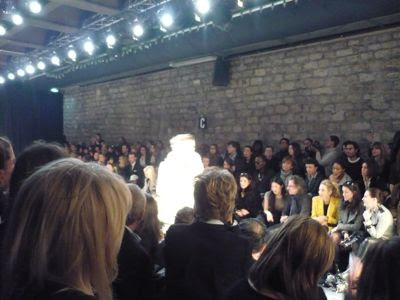 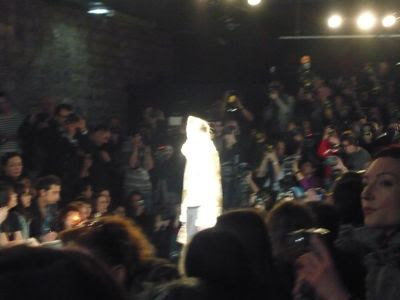 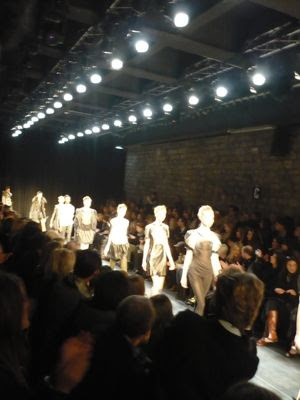 And I can only imagine if you’re going to the top dogs: Balenciaga, Chanel, Louis…

For some people, it really is fabulous. Because they are fabulous.

For me, it’s just a wee bit less glamorous.
Posted by Amy Thomas at 5:20 AM